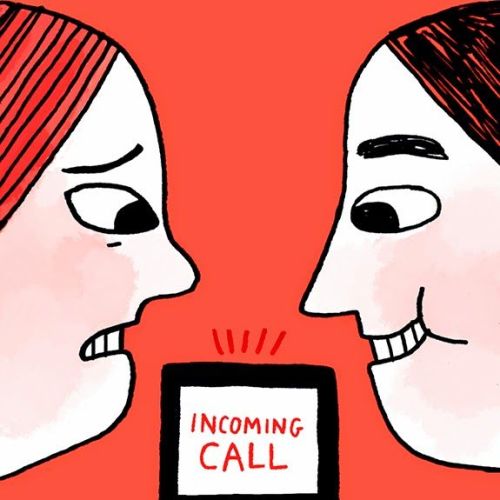 Everyone is just oh so busy these days and it seems like we are more than happy to use this as an excuse for not treating our fellow humans with common decency. But one has to wonder, at what cost?

Recently, I was listening to a podcast with Mia Freedman where she expressed her disdain of phone calls. Personally, phone calls always elicit a sense of anxiety for me because, unlike emails, you have to think on the spot and often have to detour off my prepared script, especially when dealing with an emotional client. However, I recognise there is definitely a place for phone calls both in the professional world and in my personal life, especially because there are so many things that can be lost in translation via text. The subtleties of tone and subtext cannot be easily translated in cold, hard letters. When delivering particularly hard news, there is no alternative to making the call, no matter how hard this may be.

Freedman said that those who left her voice messages were ‘selfish and arrogant’ for daring to impinge on some of her precious time and that she needed time to ‘psychologically prepare’ herself before to engaging in a phone conversation. Alarmingly, this view was echoed by her co-hosts in the podcast, leaving me wondering whether it is widely reflected in modern society. In the age of smartphones and the multitude of platforms we can use to communicate with each other, have we lost the basic art of being able to communicate? As a society, what have we come to when the simple art of human communication is deemed to be ‘arrogant’ or ‘selfish’ to others? Or perhaps it is just the case that we are hiding behind our devices and the façade of ‘busyness’ to the detriment of our relationships.

It seems clichéd to say that we have never been better connected before. The advent of the internet and the smartphone has opened up numerous avenues of communication but it has also created socially acceptable ways for people to be avoidant and flakey. When scrolling through the endless notifications across Facebook, text, Whatsapp and Snapchat, how many times have you simply forgotten to message someone back? Or perhaps you made a mental note to respond to that person but months later their message remains unanswered? Modern communication is somewhat analogous to the cereal aisle at Woolworths. There are now so many options to communicate that many of us are overwhelmed or paralysed by the barrage of information coming at us. And naturally when one is overwhelmed, the logical next step is avoidance.

What further justifies this behaviour is our busy modern lives. Every time I’ve asked someone how they are, 99% of the time the response is ‘busy, busy!’ Technology coupled with our increasingly casualised workforce has meant that we’re all working longer hours and sacrificing a lot of our time with family and friends to stay afloat in the job market. We end up feeling justified for not responding to barrage of messages because we’re ‘too busy’ to respond to the trivialities of when you’re going home for dinner next or what movie you’re going to see with your partner. As with the Freedman example, resentment slowly trickles in as you become annoyed that these people are snapping away at your precious and seemingly limited time. Often, those who cop the brunt of this are those who are the nearest and dearest to you.

Despite these pressures, we have to find a way to remind ourselves to be connected to others in a meaningful way. At the end of the day, your job isn’t going to give a shit if you succumb to illness or disability. I call bullshit on the notion that you can be too busy to pick up the phone and have a proper conversation with people. We are all capable of prioritising and making time for what matters most. Let’s call it out for what it is: if you’re hiding behind your smartphone and your ‘busyness’ as a way of avoiding people, you’re probably just being an asshole. Pick up the phone.